Development firms such as Rockwood Capital and Boston Properties' have seen success in redeveloping Brooklyn commercial projects to put on the market in Dumbo and Brooklyn Navy Yard.

This comes after various companies sought new office spaces in the Brooklyn borough and were willing to sign leases at astronomical rents.

One example is Etsy, the online marketplace, that signed a 200,000 square foot lease at Dumbo Heights in the summer of 2014. However, since then, Brooklyn's office market has gone from being virtually ignored to being overwhelmed by developers who are working to push deeper into the borough.

Why is it that some developers are not as successful in this new market?

The original perception was that potential tenants would come as long as Brooklyn is 'cool'.

And the numbers showed this trend. Developers thought the demand for hip and cool office spaces would gain traction.

At the moment, there are 23 office projects underway in Brooklyn; and according to Cushman & Wakefield, this would add approximately 7 million square feet to the commercial real estate market by 2020.

This new supply would amount to 20 percent of Brooklyn's 45 million square foot market. While in Manhattan, this new commercial supply would make up about 7 percent of the market.

Now, those numbers are not bad at all. But what does this mean?

Some real estate experts are looking to logistics companies who need the large space to maintain their companies' workflows and productivity.

Real estate firm Est4te Four sold six parcels of land to New Jersey-based logistics company Sitex for $110 million which they will use for industrial purposes.

These logistic companies require less-costly space, therefore, they do not need all of the development work.

Thor Equities will still move forward with their plans for Red Hook Point. It will be an 818,000 square foot commercial complex next to Ikea at 280 Richards Street.

Some at Thor believe that the limited supply of office alternatives in Red Hook has made their development projects more appealing.

However, you need money to fund these projects. And to do this, developers will need to line up a high-paying commercial tenant to justify getting the project off of the ground and if you do not believe us, commercial brokers at ABS Partners Real Estate who specializes in these Brooklyn deals will agree.

Industry City was converted from shipping and manufacturing warehouses into office space and people are jumping on the bandwagon.

The 500,000 square foot Brooklyn Whale Building, in Sunset Park, was scooped up by Madison Realty Capital in 2015, and the following year, they bought a pair of former industrial buildings that both span 163,000 square feet across from Industry City. These properties have been marketed to office tenants.

Not too far away, you will find adhesives maker AP&G marketing its 165,000 square foot warehouse to tenants looking for office space.

Realty firms are still seeing high demand in Sunset Park because has one of the cheapest rents in the New York City markets.

With all of the new developments happening in various places in Brooklyn, office availability has increased for the third consecutive quarter, to approximately 18 percent. Manhattan, in comparison, is considered balanced between landlords and tenants, and the availability rate is around 10 percents.

The Brooklyn Navy Yard is expecting to get 1.3 million square feet of property space in the coming years. This competition has fueled others to buy.

Madison Realty bought a 215,000 square foot warehouse at 29 Ryerson Street and the next years, RXR Realty and Westbrook Partners bought the 670,000 square foot building neighboring them at 47 Hall Street. Both are being converted into office space.

This trend has also taken itself to Bushwick.

A handful of developers are looking to tempt large tenants who will dish out the money for warehouse-office conversion projects in Bushwick. But at the same time, many landlords have better luck with smaller tenants.

Lincoln Property's project is asking for rents in the mid-to-high $50s per square foot; which is not too different from Dumbo's rents but is way over the Brooklyn borough's average asking rent of $37.50.

According to a broker at Ideal Properties Group, they believe that it is these price-pushing projects that are in danger of being undercut by lower-priced competition in the area.

Many longtime owners in Bushwick have kept their warehouses vacant because they anticipated neighborhood rezoning that could pave the way for residential construction. Because this did not come to fruition, these property owners offered up their spaces at lower rents than new developments.

The current average asking rent in Williamsburg, Greenpoint, and Bushwhich is approximately $42 per square foot during the first quarter of 2017.

The Heritage Equity Partners and Rubenstein Partners' project shows promise with 25 Kent, in a nontraditional office market like Williamsburg.

It will be an eight-story structure built from the ground up that this borough has not seen in more than a decade and the asking rents are in the low $70s per square foot.

The last time Brooklyn has encountered a deal like this was in the summer of 2015 when WeWork inked a 222,000 square foot lease to anchor Dock 72 at the Brooklyn Navy Yard.

The dealers leading the leasing effort at 25 Kent says there are challenges with being the first to bring a new kind of building to a neighborhood and tenants will have to be educated.

Others believe the Williamsburg office market is not riskier than it was when 25 Kent was first conceptualized. And they feel the risk has diminished because of the residential and hotel developments in the area.  But do remark that they are not sure if some of these projects will make it through the pipeline to completion.

Manhattan will benefit greatly from a new and look and the future looks bright to artists who have illustrated the major infrastructure changes that are coming to Brooklyn, Jersey City, and Manhattan.

There are composite renderings on the internet that map out the city's skyline and most of those projects that were added to the image are soon to rise or are already under construction.

This truly is a real estate and development renaissance!

Some of the cities getting new towers of 1,000 feet or more are Queens, Brooklyn, and Jersey City.

Downtown Brooklyn will have a new epicenter of this new development at 9 DeKalb Avenue. It will eclipse everything around it. There are other towers popping up at City Point (aka 138 Willoughby), 205 Montague Street, 420 Albee Square, and 280 Cadman Plaza.

We will have to wait sometime before the ribbon cutting ceremony because none of these projects have broken ground yet and only three of them have pulled permits with the Department of Buildings.

While across the Hudson, we will find Jersey City's 99 Hudson Street will stand taller than the city's current tallest building. Exchange, aka the Goldman Sachs Tower, will stand at 900 feet. The other two urban ready living towers will have 70 and 65 floors respectively.

The downtown Manhattan landscape of the Financial District will change drastically with residential supertall towers planned at 80 South Street, 45 Broad, and 125 Greenwich.

80 South is planned to surpass One WTC's roof height of 1,368 feet by nearly 70 feet and its east side FiDi location will balance the completed WTC.

And who can ever forget about Midtown? While there are changes happening, the sheer height added will be incomparable.

In addition, currently under construction, Hudson Yards will include the first Manhattan West office tower that will stand at 995 feet.

When we go northeastward, at One Vanderbilt, regardless of constant revisions, will stand to be over 1,500 feet tall and will easily tower above the Empire State building. It will be the most prominent building between the 57th Street Corridor and the Financial District.

Some believe that if local politicians can relax the tight control over the city's growth, then Manhattan's housing crisis may come to an end.

The historical epicenter of Lower Manhattan has changed drastically over the past few years. And if you are as knowledgeable about the changing real estate landscape as we are, we know you have especially noticed the shift in the types of professions and businesses taking up commercial and residential real estate in less-frequented places.

The following listing is for ...

The following listing is for ... 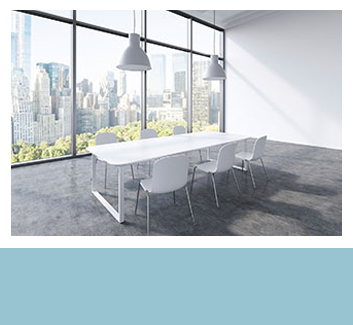 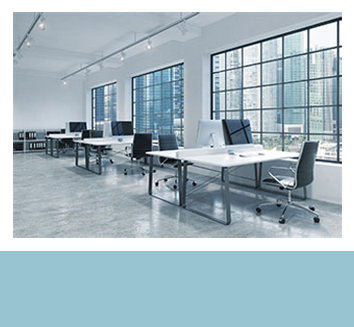